That Thing About To Hell and Back a Soldier’s Story

In this episode “Tough times don’t last, tough people do,” is the mantra that Joel Hunt lives by. He is an Army veteran, who was injured during his third deployment, and has seen his fair share of tough times. Though he has endured tragedy, he has come out on the other side with a dedication to helping fellow veterans. In this episode we’re going to have a conversation with Joel and his journey I’m your host Michael Herst and this is That Thing About To Hell and Back a Soldier’s Story

My guest in this episode is Joel Hunt, an Army veteran who deployed three times during his military career, with his third deployment to Baqubah, Iraq ending with a traumatic brain injury (TBI) and his leg being partially paralyzed. Finding himself left in the care of his parents as his TBI forced him into a wheelchair he required a significant amount of rehabilitation. With his parents’ encouragement he tried out a paramilitary ski camp specifically designed for people with a TBI. and loved it so much he eventually ranked in the top 10 within one year after he began. He went on to rank third in the United States and 34th in the world.

In the beginning of 2013 Joel’s Journey took another turn after an injury on the slopes, but he did not let that stop him and decided to take his woes and turn them into something powerful and positive, and started The H-Train Show, a podcast that airs on Military Brotherhood Radio. A testament to the tenacity and fortitude of a warrior. Find out more about Joel and his Podcast and how you can support Veterans on our website at https://beforeyougopodcast.com Please supporters and visit https://beforeyougopodcast.shop 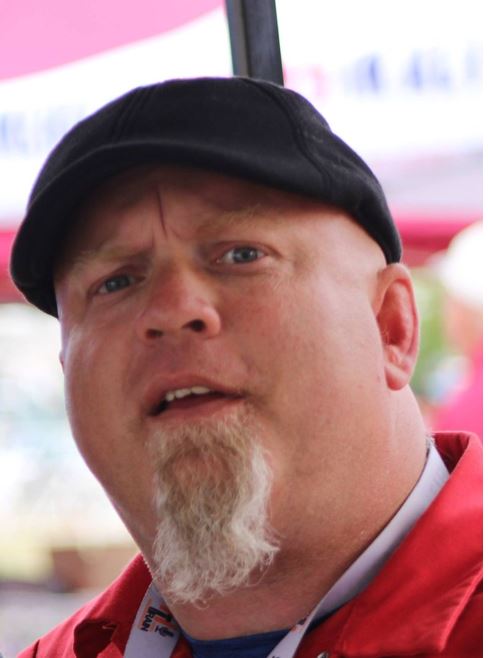 “Tough times don’t last, tough people do,” is the mantra that Joel Hunt lives by. As an Army veteran, who was injured during his third deployment, Hunt has seen his fair share of tough times. Though he has endured tragedy, he has come out on the other side with a dedication to helping fellow veterans.

Hunt was born and raised in Kokomo, Indiana, by David and Judy Hunt. He joined the Army after graduating from Northwestern High School. On June 17, 1998, he was shipped off to basic training and became a combat engineer. He was deployed three times during his Army career, with his third deployment ending in Baqubah, Iraq after suffering a traumatic brain injury (TBI) and partial leg paralyzation.

Finding himself left in the care of his parents, he was adjusting to life back in America. His traumatic brain injury forced him to eventually utilize a wheelchair and required a significant amount of rehabilitation. His parents encouraged he try a military ski camp, specifically for victims of TBIs, as part of his rehab. While initially against the idea, Hunt eventually took their advice and became ranked in the top 10 just one year after beginning. He then became ranked 3rd in the United States and 34th in the world. In the beginning of 2013, he completed his first slalom without disqualification. He earned a silver medal in the Canadian Nationals, which qualified him for the World Cup and the Paralympics in Sochi, Russia as an adaptive skier, all with the help of his service dog, Barrett.

This exciting achievement was met with more tragedy as Hunt’s mother passed away shortly before the Paralympics, unable to see him compete. “When closing her estate, I discovered she had been saving money in an account called “Russia” so she and my dad could travel to Russia to see me ski in the Paralympics,” says Hunt. “My mom believed in me so much and she wanted to see me race in Russia.”

After suffering a neck injury from skiing, he and his wife losing a second child due to a miscarriage, and then the loss of his mother, Hunt retired from skiing and now resides in Denver, Colorado. He studied at Colorado Media School and graduated with honors and as the class MVP. Hunt was also awarded a Purple Heart from the organization, Forgotten Heroes. Still burdened by tragedy, Hunt decided to take his woes and turn them into something powerful and positive.

Following his retirement, Hunt started The H-Train Show, a podcast that airs on Military Brotherhood Radio. The podcast is completed solely through volunteer work, and offers information and resources for veterans. More importantly, it gives fellow veterans a voice and a community to turn to. The H-Train Show discusses veterans’ affairs, current events and features interviews with high-profile guests. Joel has been featured in numerous TV news segments, radio and in magazines across the country, from USA Today to The Hollywood Reporter and The American Genius.

Hunt still lives in Colorado with his loving and supportive wife, Kassie. When not busy with his podcast, Hunt can be found teaching his service dog and pal, Barrett, new tricks – including doing and folding laundry.