Over the Teaxup Sunday- That Thing About Fathers Day 2022 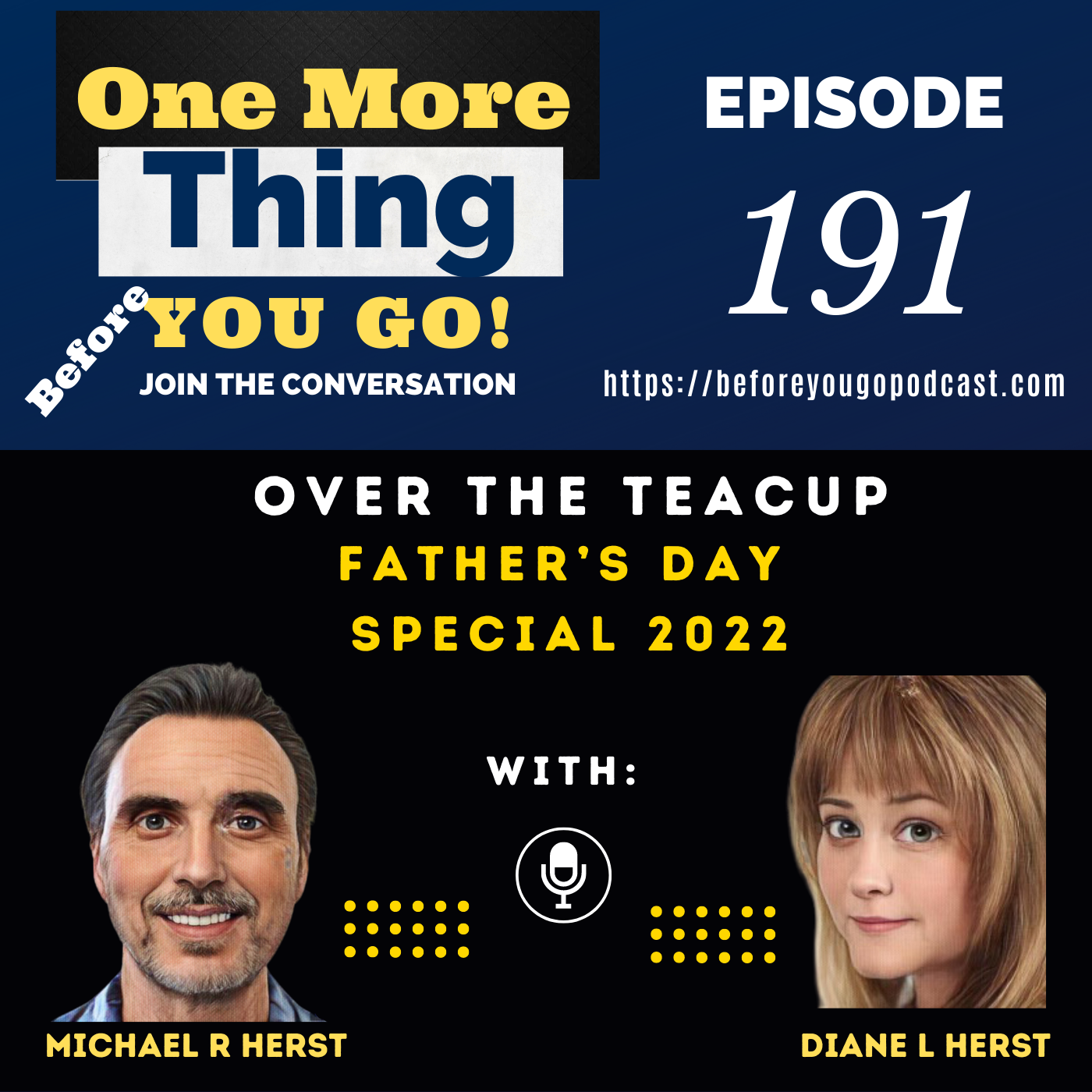 In this episode the Origins of Father’s Day a little history and some special guests that are near and dear to my heart sharing some memories hopefully to incite some of your own. I’m here with Michael Herst I’m here with my lovely wife and Co host Diane Welcome to One More Thing Before You Go Over the Teacup Sunday

“The campaign to celebrate the nation’s fathers did not meet with the same enthusiasm– as mother’s day perhaps because, as one florist explained, “fathers haven’t the same sentimental appeal that mothers have.”

But here we are June 17, 2022 celebrating another Father's Day to everyone of you fathers out there which I'm told there are about 70 million of us here in the United states alone. So stay tuned we're going to talk a little bit about the history of Father's Day and here for some very special people in my life as well to share this day with you

“On July 5, 1908, a West Virginia church sponsored the nation’s first event explicitly in honor of fathers, a Sunday sermon in memory of the 362 men who had died in the previous December’s explosions at the Fairmont Coal Company Monongah mine, but it was a one-time commemoration and not an annual holiday.

The next year, a Spokane, Washington, woman named Sonora Smart Dodd, one of six children raised by a widower, tried to establish an official equivalent to Mother’s Day for male parents. She went to local churches, the YMCA, shopkeepers and government officials to drum up support for her idea, and she was successful: Washington State celebrated the nation’s first statewide Father’s Day on June 19, 1910.

It was not until 1972—58 years after President Woodrow Wilson made Mother’s Day official—that the day honoring fathers became a nationwide holiday in the United States. Father’s Day 2022 will occur on Sunday, June 19.” (The History Channel June 16 2022 https://www.history.com/news/hitler-death-cause-teeth-analysis)