Over The Teacup-That Thing About Mother's Day 2022 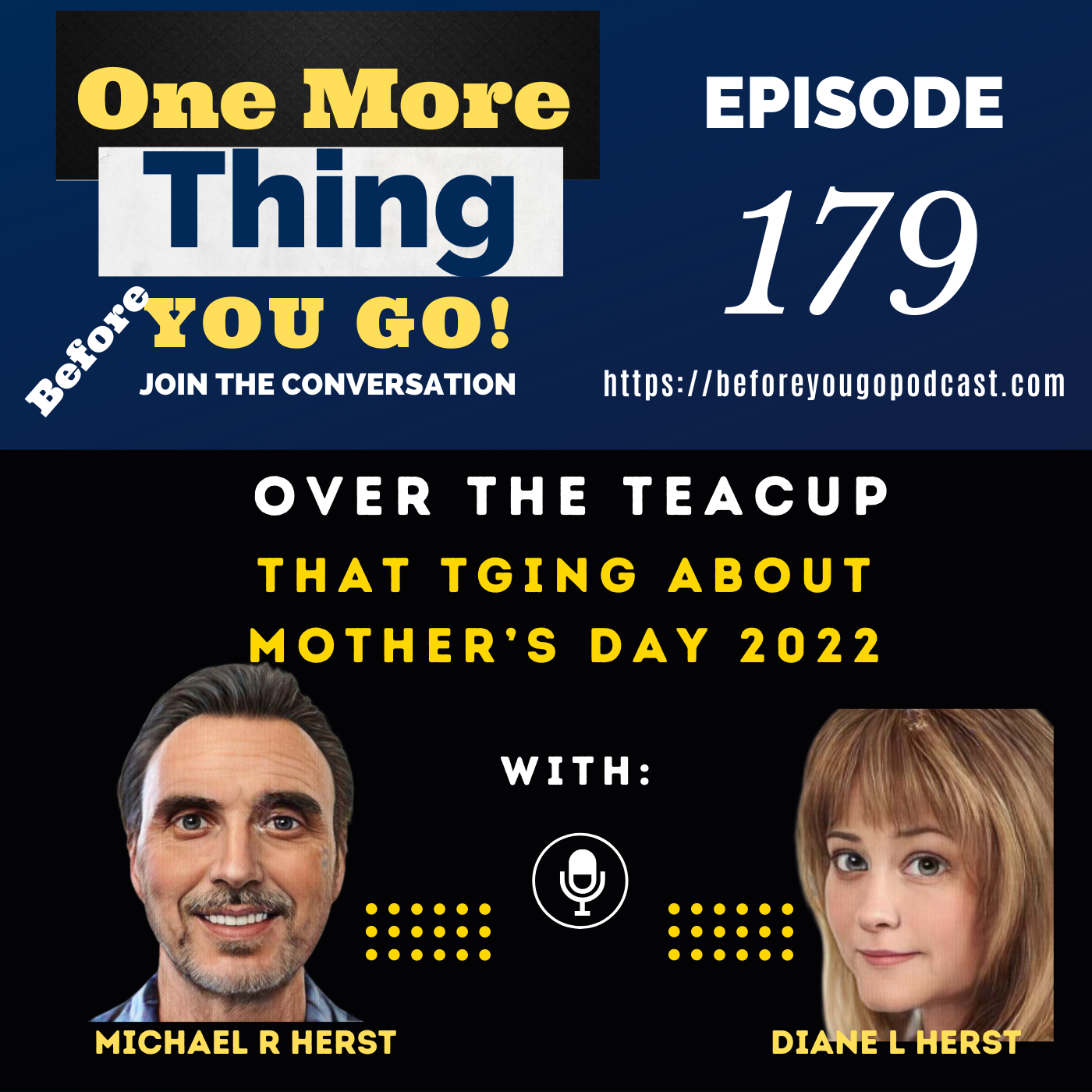 In this episode it’s finally here Mother's Day 2022 today's May 8th it's a Sunday and we're so happy that she joined us. Mother’s Day, is celebrated as a holiday in honor of mothers in countries throughout the world. In its modern form the holiday originated in the United States, where it is observed on the second Sunday in May. Many other countries also celebrate the holiday on this date, while some mark the observance at other times of the year.

Mothers are special because without them none of us would be here! Throughout history there is historical documentation in one form or another of celebrating moms. In fact there are some very unique forms of this celebration that can be traced back to the ancient Greeks and Romans, who held festivals in honor of the Great Mother of the Gods Rhea also called Cybele, of the ancient Oriental and Greco-Roman deity, known by a variety of local names; the name Cybele or Cybebe predominates in Greek and Roman literature from about the 5th century BC onward. Her full official Roman name was Mater Deum Magna Idaea (Great Idaean Mother of the Gods).

The clearest modern precedent for Mother’s Day is the early Christian festival known as “Mothering Sunday.” Once a major tradition in the United Kingdom and parts of Europe, this celebration fell on the fourth Sunday in Lent and was originally seen as a time when the faithful would return to their “mother church”—the main church in the vicinity of their home—for a special service. .

During the Middle Ages the custom developed of allowing those who had moved away to visit their home parishes and their mothers on Laetare Sunday, the fourth Sunday of Lent. This became Mothering Sunday in Britain, where it continued into modern times, although it has largely been replaced by Mother’s Day. Mother's Day is celebrated on Sunday, May 8, 2022. The history channel May 8,2022 https://www.history.com/topics/holidays/mothers-day

The American embodiment of Mother’s Day was created by Anna Jarvis in 1908 I just a deeply personal day for and visiting with your mother which became an official U.S. holiday in 1914. Unfortunately with the commercialization by florist retailers in card companies in other industries that work to promote the holiday, Jarvis would later condemn the holiday Jarvis felt that the day that she created to appreciate your mother and maybe help her around the house with other things or sit and talk and have a cup of tea, was ruined due to that commercialization and spent the later part of her life trying to remove it from the calendar.