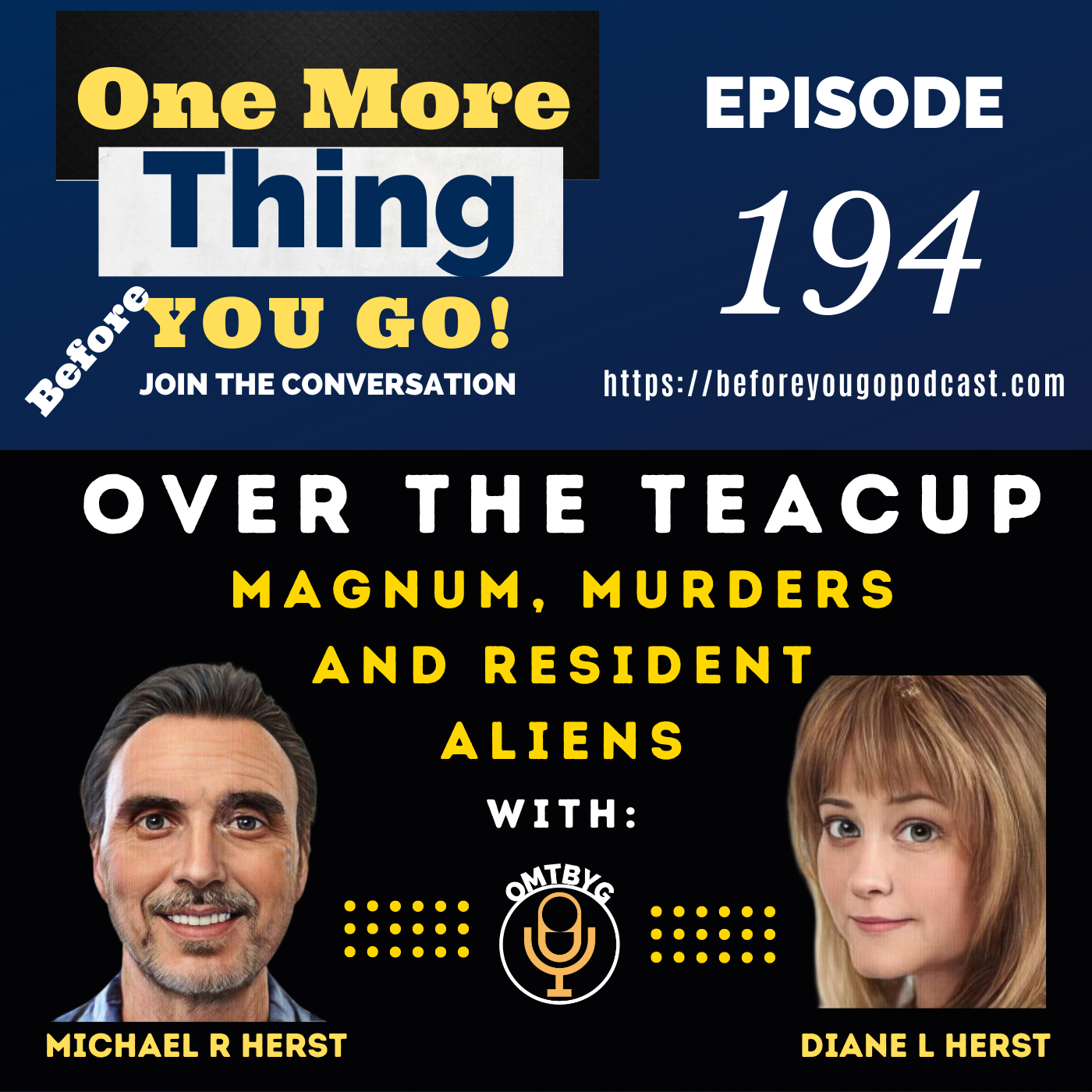 In this episode of One More Thing Before You Go Over the Teacup with Michael and Diane we're going to talk about Magnum P.I. the show that we helped to save, and the second season of one of our favorite streaming shows Only Murders in the Building, as well as one of our new favorites that you HAVE TO SEE: Resident Alien on SyFy and Peacock. Grab a cup of tea, a cup of coffee, a cup of whatever you drink in the morning I'm your host Michael Hirst, I'm here with my lovely co-host and wife Diane ….. and welcome to the show

On the first day of July we were presented with some fantastic news that Magnum P.I. was saved after CBS cancelled the reboot and NBC came to the rescue and grabbed a 2 season 20 episode order at NBC. They ordered the 20 episodes to be split over two seasons of the series, season 5 and 6 with an option for more. The news comes after month of waiting and supporting and blasting across social media to save this program it was actually at the top of the list for the USA poll on which programs people wanted to save the most.

So we wanted to say thank you to all of you that helped to save AND to bring back this wonderful cast and crew for at least two seasons hopefully more so magnum Higgins TC and Rick and all the rest of the wonderful cast have found a new home with NBC will keep you updated as to when it's going to air.

Then onto our other guilty pleasure

Only Murders in the Building which is an American mystery-comedy streaming television series created by Steve Martin and John Hoffman. The ten-episode first season premiered on Hulu on August 31, 2021.The plot follows three strangers played by Steve Martin, Martin Short, and Selena Gomez, who share an obsession with a true crime podcast. After a suspicious death in their affluent Upper West Side apartment building, the Arconia, the three neighbors decide to start their own podcast about their investigation of the death, which the police ruled a suicide. (IMDB.com) we’re gonna talk about the second season was just premiered and is running right now on Hulu

Resident Alien — An alien (Alan Tudyk (Firefly, Rogue One ) crash lands on Earth and must pass himself off as small-town human doctor Harry Vanderspeigle. Arriving with a secret mission to kill all humans, Harry starts off living a simple life…but things get a bit rocky when he’s roped into solving a local murder and realizes he needs to assimilate into his new world. (IMBD.com) The show, which follows the misadventures of a socially bungling visitor from beyond the stars, is based on the Dark Horse comic of the same name by Peter Hogan and Steve Parkhouse.

Find out more information at beforeyougopodcast.com, and be sure to download our app for free in the iOS store and or the Google play store