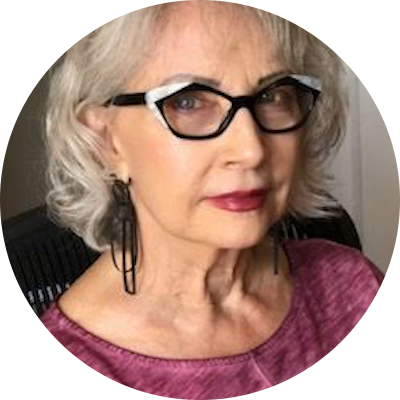 Mirinda Kossoff was born in Greensboro, North Carolina and grew up not that far away in the small textile and tobacco town of Danville, Virginia, which she couldn't wait to escape. She managed to get as far away as Japan for work, after graduating from The College of William & Mary. Later, she lived in England for nine months. She has been a chameleon in her work life - from hospital social worker, assistant managing editor at a large newspaper, communications director in academia and nonprofits, freelancer, to metal smith, jewelry designer and member artist in Chapel Hill's FRANK Gallery.
Her essays and creative writing have been passions she pursued alongside her day jobs. She penned a weekly column for a local paper, was an essayist/commentator on regional public radio, and taught essay writing at Duke University in a continuing education program now called OLLI. She has been published in newspapers and national magazines.
But, there was a memoir in her for nearly two decades, and finally she gave breath and life to it—a memoir that wrestles with suicide, family, and growing up divided between the cultured Jewish side of her family and the fundamentalist Southern Baptist side. Her memoir is set against the backdrop of her small Southern town upbringing, of town and family secrets, of her relationship with her troubled father, and of not belonging—in her town or in her own family. For years, Mirinda avoided her life’s purpose—to tell her story as truthfully and honestly as she could. Now she has done that, and she will keep writing from her heart and her experience. 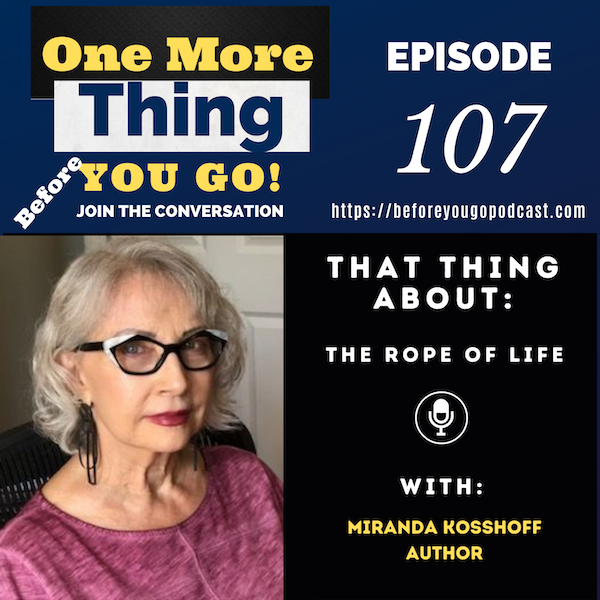 That Thing About The Rope of Life

What’s it like growing up in a blended religious family? How do you rationalize your Father’s suicide? How do you escape the reality of struggling with identity, secrets, family in-fighting, and heal? Stay Tuned in This Epis...