That Thing About Beating the Odds Against Me 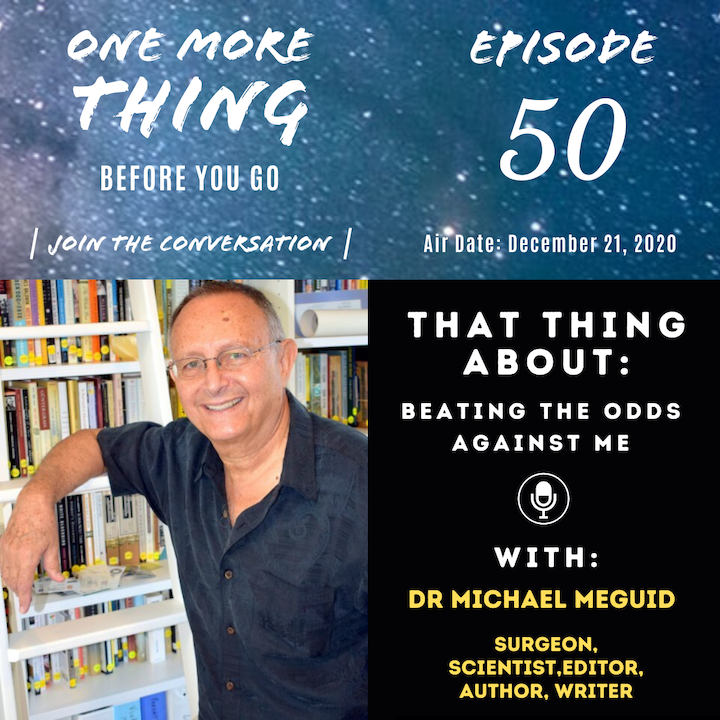 In this episode we are going to have a conversation with the son of a prominent Arabic linguist from Cairo, who at four years old, was left with his grandparents in post-WWII Germany, was neglected throughout his childhood and shuffled across Egypt, Germany, and London and was an isolated and depressed teen. He survived and overcame becoming a world-renowned surgeon specializing in Oncology and Nutrition. Dr Michael Marwan Meguid conducted research at Harvard's Massachusetts General, MIT, Brigham & Women's, UCLA, and Syracuse University, and discovered groundbreaking advancements in Nutrition with regard to Cancer and other ailments. He is an author, a podcast producer and living the retired life in Florida, we conducted our interview from his small island residence. You can find more about Dr Meguids Podcast, his books and his next projects on my website www.beforeyougopodcast.com Also at Dr Meguid’s website at https://michaelmeguid.com/ His Unique Podcast can be found at: https://makingthecutpodcast.com/ or an any of your favorite platforms 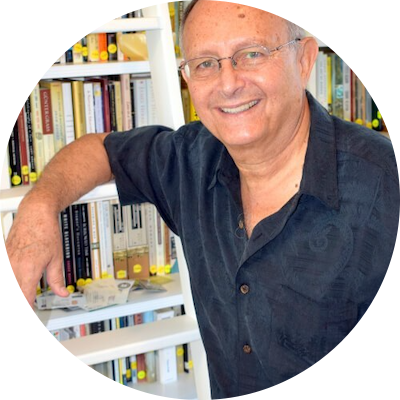 Dr. Michael Meguid is a surgeon and medical researcher transforming into a creative nonfiction writer. Born in Egypt of German/Egyptian parents some seventy-five years ago he lives a full life. He spent his early childhood in Egypt, Germany, and the England. After attending University College Hospital Medical School, London and successfully completed his medical training he won a travel scholarship to Boston, did a Surgical Residency at Harvard Medical School, and studied human nutrition at MIT to benefit his cancer patients. During the twenty-five years at Upstate Medical University, Syracuse, NY, he and his research team authored numerous NIH-funded scientific papers. He is founder and now editor emeritus of Nutrition the International Journal. In recognition of his contributions to surgery and the field of clinical nutrition, he is the recipient of the American Medical Association’s Joseph B. Goldberger Award in Clinical Nutrition, and the Garry Labbe Award. He is an elected Fellow to the American College of Surgeons, and among numerous other national and international honorary Fellowships. A participant of the Vatican and Nobel Conferences on human nutrition, he consulted in nutrition for NASA. When Michael retired from surgery to care for his wife’s debilitating illness, he earned an MFA in creative non-fictions writing from Bennington Writers Seminars, VT. He attended workshops at Queens University of Charlotte, N.C. and Non-fiction Seminars at Goucher College, M.D. The Bennington Review, Stone Canoe, Columbia Medical Review, and Hektoen International have published his numerous stories.

Michael has given readings of his work in Florida and London, been interviewed by National Public Radio station WRVO in NY and recognized by WGCU in Southern Florida. Presently, Making the Cut, a thirty-episode podcast of Michael’s story as a medical student in London is currently subscribed widely to in the USA and in thirty-two countries. He is a member of the major writers Associations, and VP of Marco Island Writers where he teaches.

Michael has completed Mastering the Knife, a nonfiction coming of age story of a young Egyptian medical student in London, which goes beyond just a personal reflection, detailing my experiences of the time, London in the 1960s, the people, and the rites, rituals, rules and language of medicine, especially surgery. Readers of When Breath Becomes Air and The Still Point of the Turning World would find similar themes and enjoy Mastering the Knife. He is completing Roots & Branches, about the consequences of the intertwining of his Egyptian and German families, while The Other Nine, is stories about patients with noncancerous breast conditions equally troublesome and frightening as cancer, that warrant serious surgical treatment.
Michael reads, writes and lives on Marco Island, Florida with his four-legged muse, Lucy. Mastering the Knife is his first opus—an engaging and thoughtful book four years in the making.