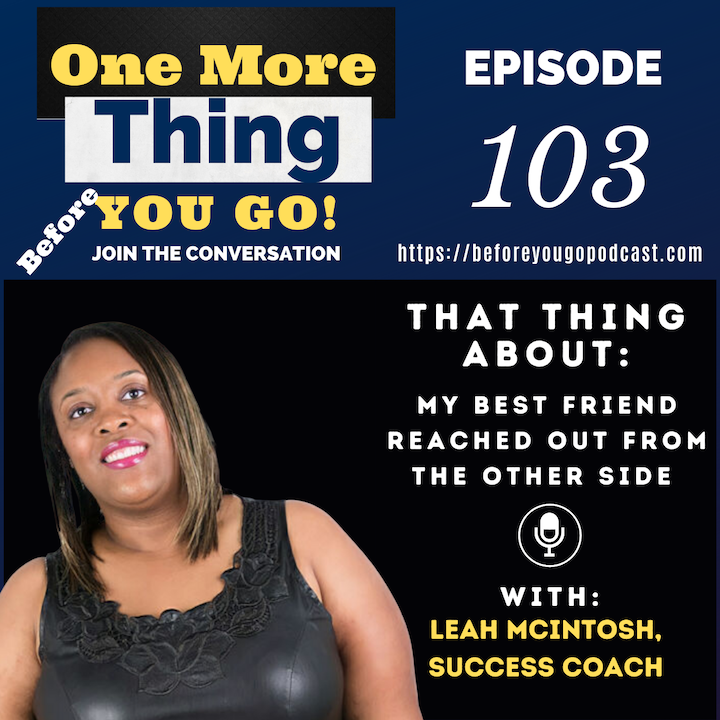 What would you do if a psychic tells you that your best friend since childhood who committed suicide years ago has a message for you? Do you run? Does it change your life? Does it relieve you of the guilt that you felt for not doing more to stop him? What’s it like to have a dream that foretold the future? We are going to find that out when we talk to Leah Macintosh who experienced that and more. Leah will have you believing in messages from the other side, Energy Vampires, understanding the art of self-forgiveness, and teach you how to recognize the signs that somebody might be on that same path. I’m your host Michael Herst and this is That Thing About My Best Friend Reached Out From the Other Side. My guest in this episode is Leah McIntosh, Leah is a Master NLP Practitioner+ Success Coach focusing on helping others find their freedom through practicing self-forgiveness. Leah’s journey to self-forgiveness was hard fought and she learned that there is no one size fits all approach to healing and transformation and she displays this weekly on her podcast “It Might Be You.” Leah resides in Virginia with her husband and two dogs. Find out more and find her contact info on the website found here https://taplink.cc/beforeyougopodcast 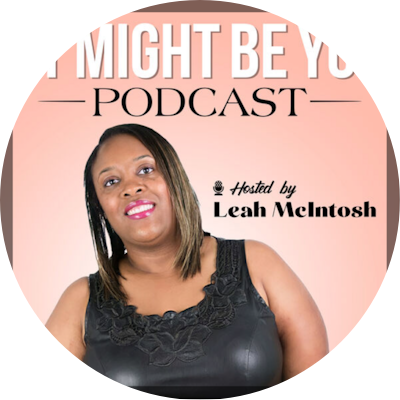 Leah is a Master NLP Practitioner+ Success Coach focusing on helping others find their freedom through practicing self-forgiveness. Leah’s journey to self-forgiveness was hard fought and she learned that there is no one size fits all approach to healing and transformation and she displays this weekly on her podcast “It Might Be You.” Leah resides in Virginia with her husband and two dogs.

Leah’s Bio:
Leah is a wife, fur mama to her two miniature schnauzers, travel enthusiast, and Master NLP Practitioner+ Success coach specializing in self-forgiveness.
Leah’s self-improvement journey began in 2016 after starting my first of many attempts at figuring out how to build a business online. She met my first mentor, who gave her the real raw truth that she would not be successful until she dealt with past hurts. During her time with him, she had some fantastic shifts and started to see some success, but to be honest, it was short-lived because she still could not access that innermost place where the hurt and pain dwelled.
Leah never really shared with anyone that she woke up daily feeling a heaviness throughout her body and that she hid her sadness behind humor and smiles. Leah ended up getting sick at the end of 2017, which derailed all the momentum she’d built for her business, and she could not gain the motivation to start working on the business again. For more than three years, she battled an undiagnosed illness, which required surgery, countless doctor appointments, and just feeling overall unbalanced and unhealthy.
One day while scrolling online, Leah saw an ad for a weekend self-improvement workshop, and by this time, it was December 2019, and she wanted to do something to help get her out of the depressive stated she’d been in for two years by then. Leah arrived at the hotel where the workshop was being held and immediately met some cool folks on a similar journey.
Leah got more than she bargained for at the workshop and had the most massive shift she’d ever experienced. You see, that daily feeling of heaviness that she carried was that mess her mentor encouraged her to shed. It was anger, sadness, hurt, guilt, and shame that she shouldered and could not release with traditional talk therapy. Leah had a therapist for years and had never delved deep on an unconscious level, which was where all that negativity resided.
Leah learned that she had adopted the identity of victimhood and lived in that for most of her life. Leah had to learn to forgive herself for living with that identity for so long in order to move forward. Leah chose to accept and forgive herself that weekend and changed that identity that never served her to a survivor, conquer, and a badass!
Fast-forward to today, and she is now a coach who specializes in helping women delve deep into their unconscious minds to heal past hurts and to live full out in all areas of their lives.