That Thing About The Double life, a Murder and Moving Forward 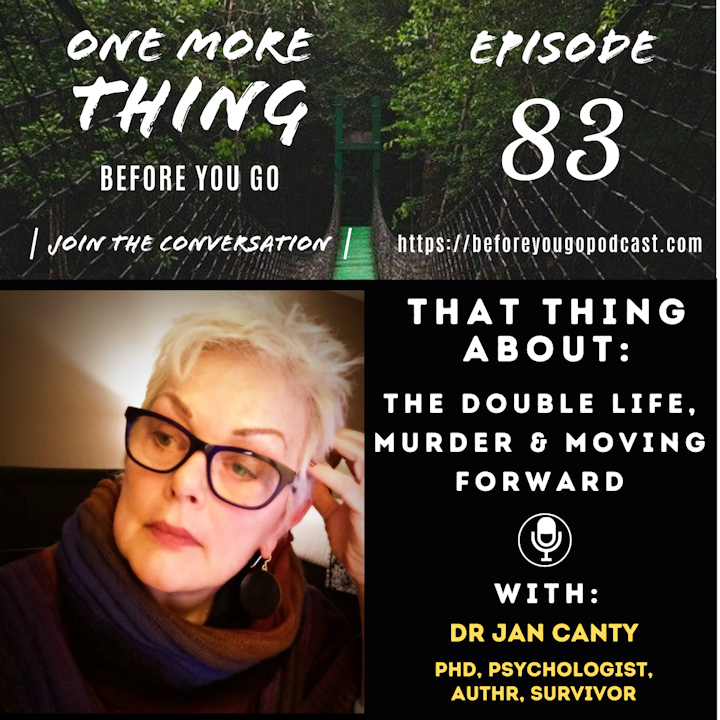 In this episode we’re going to have a conversation with a woman who found her husband had led a double life, was murdered, forced to change her life completely, and the road to recovery. We are going to have a conversation about post traumatic growth, how grief from murder differs from grief from illness, and discuss the details of the murder, dismemberment and finally the trial of those who were convicted. Dr Jan Canty left her redacted life of 30 years to release this account. Her healing and insight didn’t happen overnight, she wrote her memoir that will transport you through an extraordinary experience in an otherwise ordinary life. This is a cautionary tale as well as a true comeback story from a nightmare that never had to happen. Learn more about Dr Jan Canty and her book at https://beforeyougopodcat.com 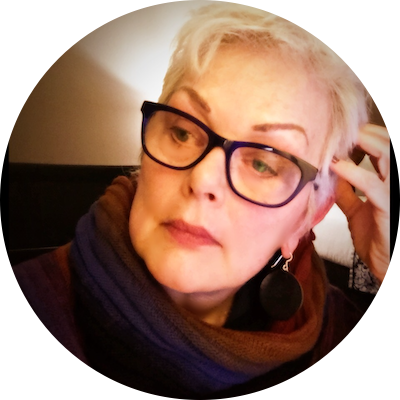 Dr. Jan Canty's life is divided into"before and after" segments. Initially, it unfolded conventionally. She comes from a close family and grew up in an urban, middle-class background in Detroit with pets, creative hobbies and friends. Her father worked as a Cost Estimator for Ford Motor Company. Their dinner table brimmed with guests. Her family spent a good deal of time in downtown Detroit with her grandparents and extended family. She played sports and musical instruments, enjoyed her Italian neighbors’ aromatic cooking, movies and summer vacations. She disliked high school and wanted to drop out but her parents would not hear of it. A decade later she earned a Ph.D. in psychology then completed a two-year post-doctoral fellowship at Wayne State School of Medicine. At that point, she'd been married a decade to a man 18 years her senior. She finally opened a practice in the Fisher Building in downtown Detroit.

But that same month the "after" segment to her life came. Her spouse went missing in July of 1985. A week later Jan was told by Inspector Gil Hill of Detroit Homicide that he’d led a secret life for 18 months. He’d been murdered, his body dismembered. Hill told her that her spouse had spent a considerable sum of money on two people involved in drugs and prostitution in the inner city and had been posing as "Dr. Miller." She then discovered her spouse left her with considerable debt. She was behind on office rent, house payments and taxes. By December of that year, she attended the preliminary exam but not the trial. Because of the invasiveness of the press, she closed her new psychology practice, sold her home moved, changed her name and started life over in 1986. She indicated she lived a "redacted life" for over 30 years. Three nearly-simultaneous events called her out of the silence.

Years later Jan made the tentative decision to set pen to paper, and after six years published her true crime memoir, "A Life Divided". She was encouraged to complete this by author Lowell Cauffiel, screenwriter Jonathan Stanley, author Steve Mill er and especially byDetroit Police Officer Mark Bando. This year her book was also released as an audiobook.

.
Then a relative who has a crime scene cleanup business suggested she host a podcast for and about other homicide survivors. Out came Domino Effect of Murder. As she put it, "I’d met my tribe." Her guests include family members, first responders, witnesses, friends and coworkers who have been impacted by violent death. Her guests intensified her resolve to speak for the many grief-stricken people lost in the shadows of mayhem and court dockets and social estrangement and misunderstanding. Her show is now heard in ten countries.